Elaine
I grew up here on my dad's farm that we turned into the Sainte Genevieve Winery over 20 years ago. I'm the educated enologist and he's the experienced farmer/business man. We try to treat the land and the wine with kindness, like a member of our family(sometimes we treat them nicer than family ;)) This is our little place on earth, and I thought you might enjoy seeing it from my perspective.

The results from the Taster's Guild International Wine Competition are in and we won a silver on the Cherry and Traminette, and a bronze on the Concord and Cranberry. Yay!
Posted by Elaine at 11:41 AM 5 comments: 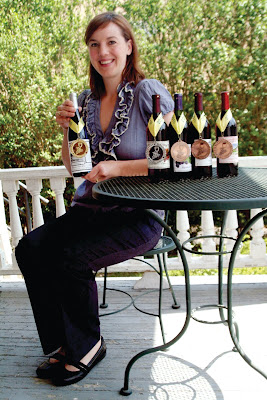 Sainte Genevieve Winery Wins Medals At Finger Lakes Event
The Sainte Genevieve Winery has been awarded a double gold medal for one of its wines at the prestigious Finger Lakes International Wine Competition event held this spring.
The winery’s Traminette, a semi-sweet white wine made from 100 percent Traminette grapes grown in Ste. Genevieve County, won the double gold.
In addition, its Cranberry wine won a silver medal and three wines––Blackberry, Cherry and Concord––won bronze.
The New York State-based Finger Lake competition drew over 3,000 wine entries from all 50 states and 15 countries.
The family owned and operated business was established in 1983 by Chris (Linus) and the late Hope Hoffmeister, making it the first winery in the county in contemporary times.
Their daughter, Elaine (Hoffmeister) Mooney, returned to the winery after receiving her degree in enology from the prestigious California State University- Fresno and now is the firm’s winemaker.
The winery also has won awards in prior years at other competitions, including the Tasters Guild International Wine Competition and the Pacific Rim International Wine Competition.
“We’re proud of the medals,” Mooney said. “We have a commitment to making quality, hand crafted Missouri wine in small lots, and we’d like to have a wine that suits every palate and every pocketbook.”
The Sainte Genevieve Winery’s vineyards and wine-making facilities are located in Sainte Genevieve County on acreage that was formerly the family farm.
The winery has a presence in downtown Ste. Genevieve at its building and garden patio on Merchant Street, where wine tastings are offered.
The winery produces almost two dozen different wines, including its popular line of fruit wines.
Posted by Elaine at 9:10 AM 4 comments: 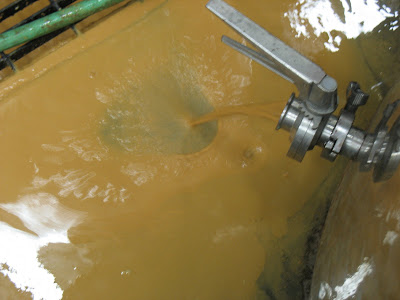 We racked the apple wine yesterday and this is a picture of the thick settlings at the bottom of the tank, called lees, draining out of the bottom valve. I love this color, and after looking at it, I have realized this is the color we painted the walls of our dining room. John, my husband, calls it "old gold" from the colors of the University of Missouri- Columbia, where we met.
Posted by Elaine at 9:41 AM 2 comments:

I will have to admit that I really like this picture.
Posted by Elaine at 10:06 AM No comments:

The Concord produces beautiful pink leaves in the spring, and I just love the burst of color in the middle of all that green. Here's a similar picture from April 2006. Happy Spring!

A Walk Through The Woods 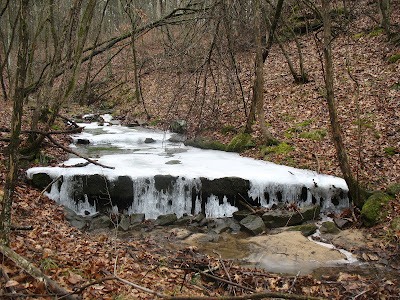 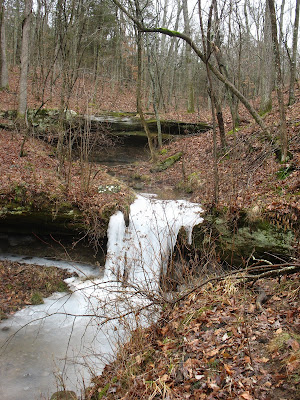 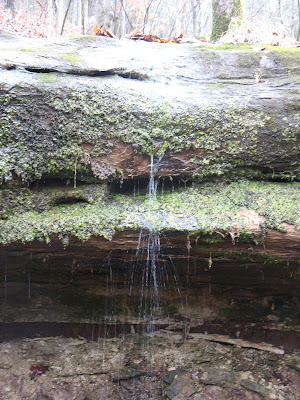